About The Startup Station

We focus on helping founders prepare their financials and valuation for the fundraising process as well as support companies post-funding.

The Startup Station's mission is to empower startup founders and business owners to use finance to drive their business forward and accelerate their fundraising process. We help you transform your dreams into profitable and fundable businesses.

We make your fundraising seamless by providing you with credible financials which clearly demonstrate how your strategy translates into financial results over what time frame and with what investment. We make it easy to communicate with investors, answer any questions they may have and defend your valuation. We also help you execute on your strategy post-funding by providing an outsourced finance department which can scale with your company. 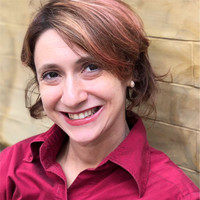 Victoria Yampolsky, CFA, is a serial entrepreneur and an experienced business and finance executive with extensive startup experience. She is the President and Founder of The Startup Station, an education and finance advisory platform.
Victoria founded The Startup Station in 2013 after she realized that while startup founders had a lot of passion and technical knowledge about what they were doing, they rarely had business acumen about how to bring their idea to market. Even more rarely they could analyze the financial implications of their decisions, let alone explain the business in financial terms to investors.
The Startup Station focuses on strategic financial modeling of startups and small businesses. We are fractional CFOs who know how to build and use financial models, or plans, as business intelligence tools. These tools translate the founders’ vision into an executable measurable roadmap. By properly implementing this roadmap in the financial systems, we can respond faster and more accurately to market feedback.
Victoria has also developed a comprehensive seven-course finance curriculum geared to entrepreneurs of early-stage ventures with little to no knowledge of finance.
She is also a speaker and an advisor to multiple startups as well as a founder of several ventures in media and entertainment. She has worked with numerous accelerators including Rockstart, Starta, Numa, Halo, and more and also teaches at Bank of America Institute of Women’s Entrepreneurship At Cornell, where thousands of women have been given the opportunity to take courses in all aspects of starting and running a business. Previously, Victoria worked for Deutsche Bank and was a technology consultant with CapGemini's Financial Services Division.
Victoria holds a Bachelor's Degree, Cum Laude, in Computer Science, with a minor in Mathematics from Cornell University, and an MBA, with honors, from Columbia Business School. Victoria also served on the Advisory Board of the Computing and Information Science (CIS) Department of Cornell University.
In July Victoria, together with her co-founder and childhood friend, Svetlana Zelenskiy, produced the World Unite for Ukraine concert. The concert raised humanitarian aid for Ukrainian refugees with the help of the US -Ukraine Foundation, a 30-year-old Washington-based do tank doing business in Ukraine since the fall of the Soviet Union. 22 artists, including Pink Floyd, joined the concert from 9 countries. The production was supported by over 100 volunteers from 11 countries. Other humanitarian efforts continue now with the distribution of the documentary film “Unlost Hope” about Mariupol. 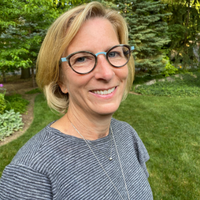 Jill Greenwald is Head of Strategy and Fundraising Consulting at The Startup Station. She is also a Program Manager and Investor at Astia, a network of investors that advise and invest in early-stage women-led high-growth ventures. She's invested in 20+ early-stage startups. She facilitates at Bank of America Institute of Women’s Entrepreneurship At Cornell. where thousands of women have been given the opportunity to take courses in all aspects of starting and running a business.
Previously, Jill had a 25-year career investing in small public growth equities. Her last 15 years were spent at Fred Alger Management where she was an integral part of the firm's rebuilding after the devastation of 9/11. Evaluating the potential of an equity investment requires a deep dive into a company’s financial history and projections as well as an analysis of the feasibility of their corporate strategy. The best investments have a roadmap for profitable growth and a defensible competitive advantage. Jill’s top quartile investment returns drove the growth in assets from $500M to over $4 billion during her tenure at Alger. Accolades like winning the Lipper award in 2007 for the best fund in the entire asset class are a testament to her skills in financial analysis and corporate strategy.
She retired in 2016 as a firm partner and prior to her return to Alger, Jill had similar portfolio manager positions at J&W Seligman and Chase Asset Management. She has a BA in economics from Yale University, an MBA from New York University, and a CFA designation. 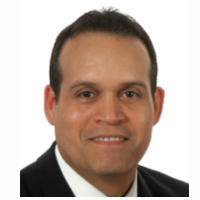 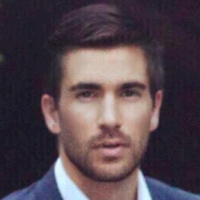 Kyle McCulloch is the Head of Business Development for The Startup Station. Kyle is an entrepreneur with extensive expertise in building and scaling companies. He currently provides clients with a variety of services including market research and competitive analysis, business development, and risk modeling.
Previously, Kyle worked as a senior analyst for Epinesis Group, a boutique cybersecurity risk consultancy. He also co-founded a successful global cybersecurity data organization, where he drove strategic partnerships, fundraising, and laid the foundation for the business operations. Kyle began his career working as a Research Analyst for Riskowitz Capital Management, an equity hedge fund. Kyle holds a Bachelor's Degree in Finance from the University of South Africa. 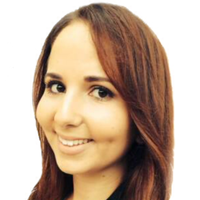 Alexandra Mezouari is the Digital Marketing Associate for The Startup Station. Alex is a digital marketing professional who works in the healthcare space. She is also an aspiring entrepreneur passionate about helping startups succeed. In the past, she has done UX research, sales, and account management work driving product direction and growth for eight startups in various industries. Alex holds a Bachelor's Degree in Business Administration from the UC Berkeley Haas School of Business.

Still have questions? We are happy to talk to you. Book a FREE 30-min consultation now by pressing the button below and, as a bonus, we will send you a COMPLIMENTARY financial health checklist.

Press the button above to accelerate your fundraising process. We will help you create a defensible valuation and financials investors will take seriously!